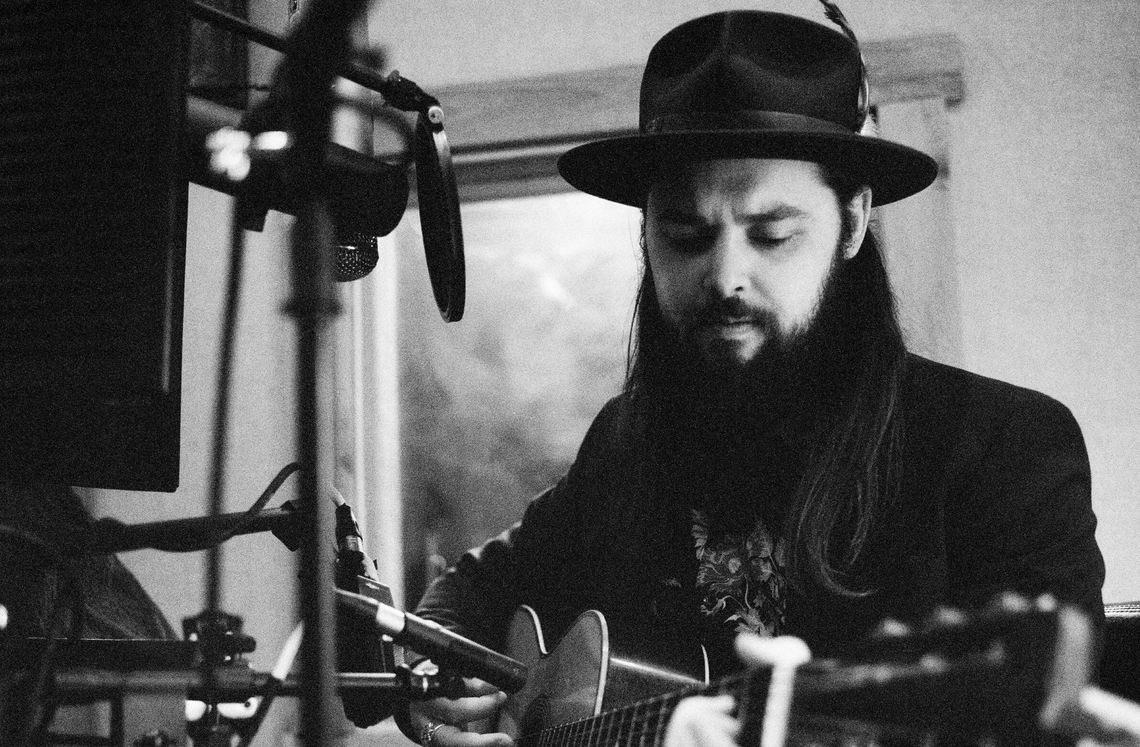 And The Beat Goes On presents: Caleb Caudle

Caleb Caudle wanted an earthy, funky sound for his new album. He assembled several Grammy-winning musicians to chase it down in the Cash Cabin, a small place with a big history.
“It feels like you’re in the shadow of giants,” Caudle says.
He emerged from the shadows with Better Hurry Up, his eighth studio album. Its 11 songs showcase Caudle’s vivid lyrics and foreboding vocals, as well as the work of an A-list cast of musicians. John Jackson of the Jayhawks produced, and guest vocalists include Courtney Marie Andrews, Elizabeth Cook, Gary Louris, and John Paul White.
A large sound emerged from the little cabin, which Johnny Cash built in 1979 as a private sanctuary near his home outside Nashville. It evolved into a recording studio more than a decade later. Since then the rustic structure has hosted sessions by everyone from Loretta Lynn and Emmylou Harris to Jamey Johnson and Todd Snider, as well as Cash’s own work on his acclaimed series of American Recordings. Caudle and Jackson used the space to create a dramatic, compelling record.
“None of us wore headphones,” Caudle says. “It was just like we were doing it for the love of music – it didn’t feel like we were making a record. It felt like I was playing with an incredible group of musicians and making art.”
One track has already emerged from Caudle’s Cash Cabin sessions: a cover of the Hank Williams classic “Howlin’ at the Moon.” Rolling Stone Country named it “One of the 10 Best Country and Americana Songs to Hear Now” upon its release in August 2019, saying “backed by harmonica ace Mickey Raphael and outlaw country queen Elizabeth Cook, Caleb Caudle revives an old Hank Williams song from 1951, slowing down the tempo to a funky strut and replacing the original’s emphasis on pedal steel guitar with plenty of honking harp.”
Better Hurry Up follows Caudle’s celebrated 2018 album Crushed Coins. Ann Powers selected that record’s “Empty Arms” as one of NPR Music’s “Songs We Love,” saying “Caleb Caudle’s sound encompasses the wide expanse of America, as the best country rock always will.” In a review of Crushed Coins for PopMatters, writer Jeff Strowe said “Caudle has recorded an album’s worth of songs that continue to grow in the soul upon each repeated listen.”
Working at the Cash Cabin in 2019 marked another milestone on Caudle’s musical journey. Besides its rich legacy, the studio had the advantage of being close to home for Caudle: He and Lauren Caudle, his wife and manager, moved to Nashville from their native North Carolina in early 2019. Caudle was raised in the countryside outside Winston-Salem, where both of his parents primed tobacco as young people.
“I grew up in the foothills of the Appalachians, specifically the Sauratown Mountains of Stokes County, North Carolina,” Caudle says. “I spent a lot of time wandering around in the woods making up songs. Sometimes my mom would find my scribblings on the napkins in the pockets of my jeans when she would do laundry.

And The Beat Goes On